Coop has a stable position as Hungary’s No.2 grocery retailer. Our magazine interviewed László Pekó, chairman of the board of directors at CO-OP Hungary Zrt. and CEO Géza Tóth.

László Pekó: – I am happy to report that 2018 was a successful year for the COOP Economic Group. Our sales revenue grew by 4 percent to reach HUF 627 billion. With a 12-percent share of the market we are the second biggest FMCG retailer in Hungary.

It isn’t a secret that the number of stores dropped a little in the last few years. Why did that happen?

Géza Tóth: – There is a concentration process taking place. We still have the most stores among Hungary’s FMCG retailers: we are present in nearly 1,600 towns and villages with approximately 2,500 stores, serving 1.5 million customers every day. However, if we have two stores in a village with a population below 5,000, it is best if we focus on just one with our resources.

Coop keeps modernising stores. Does this form part of the process mentioned above?

GT: It is absolutely vital as shopper needs keep changing, and you can’t give old answers to new questions. A bigger product selection, a better-looking store interior and energy-saving operations all point in this direction. More Coop stores have started selling free-from, healthy and ready-to-cook foods too. Shoppers can also return used cooking oil to our stores.

We often hear that shopping habits are changing. How does this affect the COOP Economic Group?

GT: What we see is that hypermarkets are losing ground again after last year’s relative stabilisation, because more and more people are buying non-food products online, plus shoppers want to spend less time with shopping than before.Supermarkets located where people actually live suit these needs better, and Coop can profit from this change in trends. However, we have to work hard on modernising and expanding our product selection.

Can your suppliers and logistics partners help you in this?

GT: – Logistics is a problem for our suppliers, as due to the labour shortage often there aren’t enough drivers to transport the goods. It is very important to invest in improving the Coop logistics infrastructure too; this process has already started years ago, and in the future we intend to realise automation projects in our logistics centres, in part because of the workforce shortage. 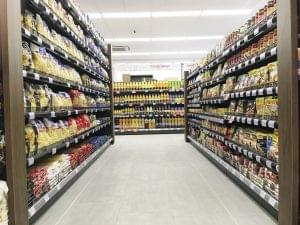 Coop has spoken about the loyalty of its workers many times before. Is this still true?

LP: – Yes, we do have this advantage, but we can also feel the negative effects of the workforce shortage. Coop makes great efforts to keep workers, to make them feel at home, and our hard work seems to bear fruit in this respect.

You emphasised the challenges of being present in small villages many times in the past. What is the situation now?

LP: The labour shortage, the aging population of villages and the rather low incomes of the people living here constitute a challenge for us. We are conducting negotiations with the government about giving financial support to retailers operating in small villages. If we want such places to stay alive, we need to have grocery stores there – both for shopping purposes and as an employer.

Will the Coop CSR programmes continue?

LP: – Absolutely, we don’t only form part of the retail sector but also of this country. We have been sponsors of the Hungarian Olympic Committee for 23 years. The Coop Aid Foundation gives help to people in need. As for the prestigious Coop Rally, it calls attention the results of Hungarian food production – it will be organised for the 14th time this September, in East Hungary. (x)

Sailing is easy in good wind

In 2019 Rossmann Magyarország Kft.’s sales revenue was up almost… 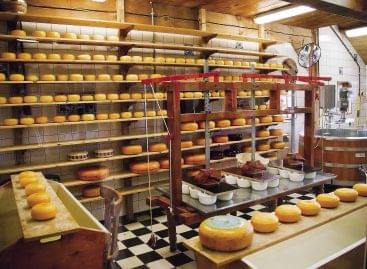 Magazine: Joining forces to save enterprises

László Krisán, CEO of KAVOSZ Zrt. talked to our magazine… 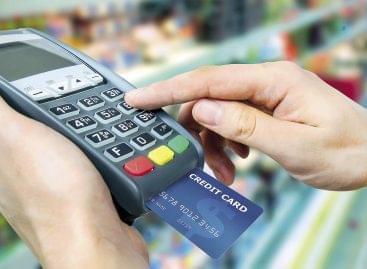 Magazine: So far surviving has been the goal, now the objective is restarting

Our magazine interviewed Katalin Neubauer, secretary general of the Hungarian…