Upon my request the Budapest Wholesale Market Zrt. accepted my resignation as CEO as of 30 April 2020. But how did I end up in retail trade?

I was 10 years old when my mother started managing a small shop in Pestszenterzsbébet, and my father and I were helping her. After primary school, I started working for grocery retail firm Csemege as a shop assistant. Later I earned a degree at the College of Commerce.

Afterwards, I had been working in purchasing, controlling and as commercial director before I was elected CEO in 1989. In partnership with the Julius Meinl group, we established the company Csemege Julius Meinl Rt. We kept on expanding and started the Jééé chain. In 1999 the owner, V. Julius Meinl sold the company to the Louis Delhaize group and this ended my nearly 34-year career in grocery retail. Then my ex-colleague László Baldauf asked me to become a member of CBA’s board of supervisors.

In 2003 I was asked to take over the directorial seat at Budapest Wholesale Market. More than 2,500 farmers are selling at us on a regular basis. Each year 400,000-500,000 tons of fruits and vegetables are sold at the Budapest Wholesale Market, about half of which comes from import – the approximately 120 wholesalers are mainly selling imported fruits and vegetables. In the last few years, we doubled our storage capacity and improved the infrastructural background.

Many people have said – some of them were agri-food experts – that there is no need for a wholesale market. They proved to be wrong. Marketplaces live on but they are changing, and e-commerce and IT solutions will be influential in their operations in the future. I think I am a lucky man: I had the chance to spend 53 years in retail trade. /

Does your company have a Chief Happiness Officer?

Obviously it is the happy worker who does a good…

Taste Tomorrow: Being familiar with consumption trends is the key to success

Bakery and confectionery ingredient maker Puratos Group is the Belgian… 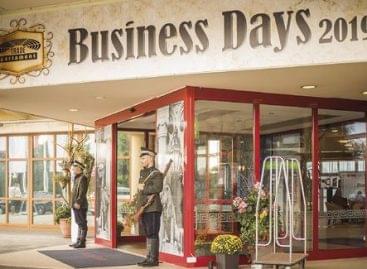