Magyarország Kft – Delikát8 “Cook 8 playgrounds!”
In the past 2 years, Unilever Magyarország Kft. and Delikát8 buyers built the most playgrounds in Hungary. Since the seasoning Delikát is used for cooking, and because cooking is connected to families, Unilever decided to launch a campaign for improving Hungarian playgrounds in 2006. Consumers had to send in the barcode of 1,000-gram Delikát8 packages, indicating the name of the playground they wanted to refurbish. Altogether 84,500 applications were sent in and 7+1 playgrounds were modernised in 2007, and 8+1 in 2008. The programme continues in 2009. 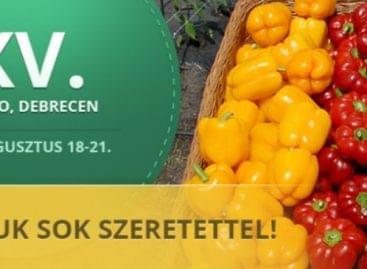 The Farmer Expo will be held in Debrecen with fewer exhibitors

With fewer exhibitors and smaller built fairgrounds, but the Farmer…